Required cookies are essential to let you move around the website and use its features, such as accessing secure areas, shopping baskets and online billing. These cookies allow our website to provide services at your request.

Functionality cookies are used to remember the choices you make, e.g. your user name, log in details and language preferences. They also remember any customisations you make to the website to give you enhanced, more personal features.

Targeting cookies collect information about your browsing habits to deliver adverts which are more relevant to you and your interests. They also measure the effectiveness of advertising campaigns.

This site uses cookies and related technologies for site operation, analytics and third party advertising purposes as described in our Privacy and Data Processing Policy. You may choose to consent to our use of these technologies, or further manage your preferences. To opt-out of sharing with third parties information related to these technologies, select "Manage Settings" or submit a Do Not Sell My Personal Information request.

Manage Settings
Accept Recommended
Enquire Now
About Us
Contact Us

We are very excited to announce our SALES DEPARTMENT and BUSINESS CENTRE will be reopening from Monday 1st June. We have all safety measures in place and our SERVICE DEPARTMENT has been operating within COVID-19 guidelines for the last few weeks, so we are already accustomed to social distancing and how to keep both customers and staff safe.

Our new showroom SALES process is completely contactless, but if you prefer not to leave your home at this time, our website still offers full online facilities to reserve, finance and buy online.

We look forward to welcoming you all very soon.

To ensure the safety of our customers and employees, we have implemented a range of changes to how we operate to ensure we minimise the risk of infection from COVID-19. 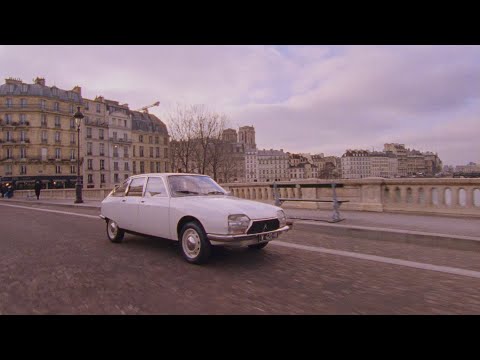 Diesel falls below £1.20 a litre for the first time in two years as Asda kicks off fuel price cuts.

Asda has announced a price cut of 2p per litre on petrol and diesel amid a drop in wholesale costs.

The supermarket highlighted that it’s the first time their diesel price has fallen below 120p in nearly two years.

The price cut announced today will mean customers pay no more than 116.7p per litre for petrol and 118.7p for diesel.

“It will be a welcomed boost, especially to diesel drivers who are seeing some of the lowest fuel prices since 2018.

The new pricing will affect all 322 Asda petrol stations across the country.

Mr Tyrer said: “Anybody filling up at Asda will pay no more than 116.7ppl on unleaded and 118.7ppl on diesel regardless of where they live.”

Morrisons and Sainsbury's have since followed suit, announcing price cuts of up to 2p per litre for petrol and diesel, effective from Thursday and Friday respectively.

“The average price of fuel at the big four supermarkets has frustratingly been higher than it should be for the last two weeks.

“This has an adverse knock-on effect on drivers all over the country as smaller retailers have no incentive to compete, meaning everyone who drives loses out on getting a fair price for their fuel.

“It’s a shame drivers are made to wait for a 2p a litre cut rather than the supermarkets transparently passing on downward moves in wholesale prices.

“We strongly urge other retailers – big and small – to lower their pump prices so the average price of fuel comes down everywhere.

From Wednesday 19 February 2020, the whole of the Citroën passenger car range with BlueHDi diesel engines* will comply with the latest ‘Real Driving Emissions Step 2’ standard (officially referred to as Euro 6D). The Euro 6D standard means that emissions of nitrogen oxides (NOx), in real world driving conditions, are permitted to be a maximum of 1.43 times the laboratory limit of 80mg/km.

This development, well in advance of the official January 2021 deadline for existing vehicles on sale, will result in customers taking delivery of new Citroën passenger cars from 19 February benefitting from reduced Total Cost of Ownership. Citroën BlueHDi diesel models now benefit from a 4% reduction to the Benefit in Kind (BIK) taxation rate imposed on company car drivers, whilst private buyers will enjoy lowered Vehicle Excise Duty (and consequently a reduction to On The Road prices).

The C3 is Citroën’s best-selling model, in the top five in the B segment in Europe, as of the end of December 2019. The charismatic and charming C3 is continuing its offensive in its highly competitive segment, by strengthening its unique design, its colourful personality and its unparalleled comfort. The model that gave new drive and energy to the brand in 2016 has since appealed to over 750,000 customers around the world. An "Inspired By You" formula for success, C3 intends to continue its expansion by targeting urban and suburban young people who are creative, optimistic and who are constantly on the go. The model also has strong appeal for fleet and business customers. Within this segment, C3 saw its registrations increase by 12.6% in 2019.

With this change, Citroën’s desire to stand out from the crowd is even more intense. New C3 is the most customisable and comfortable hatch in the segment.

–         New design to cultivate the difference. With its assertive style and unique shape within a busy segment, New Citroën C3 continues to shake up the market. The bold style of its new front end, which showcases the new brand signature, was inspired by the CXPERIENCE Concept. New C3 also gains new LED headlights, new 17-inch alloy wheels and new Airbump® designs providing an impressive new look.

New Citroën C3 has been designed to make every journey a relaxing and pleasant experience.

“Over 4,5 million vehicles sold under the ‘C3’ name sold since launch and 750,000 since the arrival of the 3rd generation in 2016! C3 has been a commercial success confirming its status as the Brand's best-seller. This performance places the car as the 5th in its market in Europe. Citroën intends to continue this success story by strengthening what makes it so different and engaging: a unique look, inaugurating the new Brand’s front-end identity, more customisation, a reference for comfort and modern equipment that adds value every day. Underlining what our customers expect from a Brand “Inspired By You". A signal of the importance of this model is that New C3 debuts the Citroën new front end identity, inspired by our latest concept cars”.

100 YEARS ON FROM ITS FIRST SAHARAN CRUISE, CITROËN TAKES ON A NEW CHALLENGE: Ë.PIC – ELECTRIC CRUISE OF THE SAHARA

ONE HUNDRED YEARS AFTER ITS FIRST SAHARAN CRUISE, CITROËN WILL EMBARK ON A NEW CHALLENGE IN 2022: Ë.PIC – ELECTRIC CRUISE OF THE SAHARA

Citroën’s presentation of the Golden Scarab replica at Retromobile 2020 marks the start of a daring project, just like the ones André Citroën himself had a taste for years before. In 2022, one hundred years after the first Saharan cruise, Citroën will set out to repeat the achievement with Ë.PIC – a cruise of the Sahara in electric vehicles, alongside replicas of the Golden Scarab and Silver Crescent.

In 2022, Citroën will embark on a new challenge that will see the brand repeat its first Saharan cruise by automobile, exactly 100 years later, but this time with new vehicles in electric mode.

This project involves both human and technological dimensions, to promote innovative and sustainable forms of mobility. The dates coincide exactly with the original cruise anniversary: 19 December 2022 to 7 January 2023.

Ë.PIC was announced on 4 February at a press conference held on the Citroën stand at Retromobile 2020.

Same destination, same competitive spirit, same ambition. The objective of the challenge is not speed, but rather it is a human adventure on board three types of vehicle highlighting the past, the present and the future. At the start line:

The aim is to stick to the same historic route, so a total of 3,170km will be covered in just 21 days (with the necessary adjustments against the geopolitical background of some of the areas crossed). That means 200km from Touggourt to Ouargla, 770km from Ouargla to In-Salah via Inifel, 800km from In-Salah to Silet via Tamanrasset, 500km from Silet to Tin Zaouatine, 100km from Tin Zaouatine to Tin Toudaten, 100km from Tin Toudaten to Kidal, 350km from Kidal to Bourem, 100km from Bourem to Bamba, and 250km from Bamba to Timbuktu.

Visitors are invited to discover the replica of the Golden Scarab on the Citroën stand at Retromobile until Sunday 9 February. The reproduction of the Golden Scarab is identical to the original from 1922, and is fully operational and ready to take on the sands of the Sahara. The second replica, that of the Silver Crescent, will be unveiled later this year, to join the adventure in 2022. To be continued!

Citroën Berlingo Van has added to its impressive haul of awards, winning the ‘Compact High Cube Van of the Year’ title at the Great British Fleet Awards 2020. “Few competitors can compete with the vast array of safety and driver assistance systems on offer in Berlingo Van”, noted the judges of this year’s awards. This is the second time that Berlingo Van has been recognised at the Great British Fleet awards, following two wins at last year’s inaugural ceremony.

Citroën Berlingo Van has clinched the ‘Compact High Cube Van of the Year’ title in the Great British Fleet Awards 2020, with practicality, a strong focus on safety and low running costs all cited as key reasons for the very deserving win.

Last year, Berlingo Van had only been on sale for a matter of days in January 2019 when it was presented with two awards at the inaugural Great British Fleet awards – including overall ‘Van of the Year’.

In this year’s awards, the judges noted that Berlingo Van: “…continues to impress, offering a broad range of bodies and carrying capacities in this critical sector of the LCV market. Few competitors can compete with the vast array of safety and driver assistance systems on offer in Berlingo Van.”

Van Fleet World Editor, Dan Gilkes, said: “This is a hotly contested sector of the van market, but for the second year running, Berlingo Van, with Partner and Combo, take the Great British Fleet Award from Van Fleet World, thanks to a winning combination of load carrying ability, driver safety and operating costs.”

The latest award adds to the impressive tally of prizes already won by Berlingo Van. The Great British Fleet Award is the second trophy that Berlingo Van has won in January 2020 alone.

This latest accolade is the 5th award presented to Citroën UK so far in 2020. With Berlingo Van being honoured (twice), alongside C3 Aircross Compact SUV, Grand C4 SpaceTourer and Berlingo MPV in the first few weeks of the new year.

Back to Top
Company Info

Slip End Garages Ltd Group are a credit broker and not a lender. We are an appointed representative by the Financial Conduct Authority. FCA No: 505587 Finance is Subject to status. Other offers may be available but cannot be used in conjunction with this offer. We work with a number of carefully selected credit providers who may be able to offer you finance for your purchase. Registered in England & Wales: 00711822 Registered Office: Address: 5th Floor 6 St Andrew Street, London, United Kingdom, EC4A 3AE Data Protection No: Z891689X.

Have some feedback or questions?

We'd love to hear from you. Feel free to get in touch.